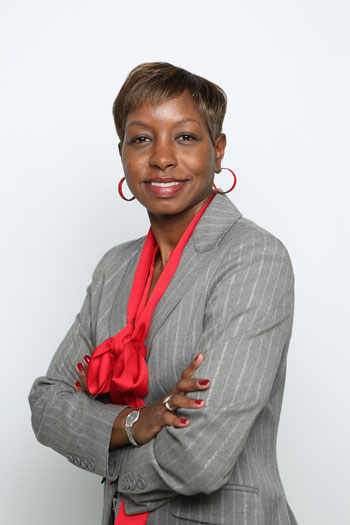 Shelice R. Tolbert obtained her degree in Business Management from Wittenberg University in 1997 and her Juris Doctorate from Valparaiso University School of Law in 2000.  Shelice was also a successful partner at large law firm, with offices in three states. Shelice was nominated as a Northwest Indiana Influential Women in Business in the Legal category in 2011, 2012 and 2014. She was also selected by the Indiana Super Lawyers as a Rising Star in 2013 and 2014.  In 2015, she received an Indiana Super Lawyer designation in the area of Insurance Defense Litigation.  In 2011, Shelice served on the Transition Team for incoming Gary Mayor Karen Freeman-Wilson, and was charged with providing recommendations to the City of Gary on how to operate an effective Law Department.

Shelice was appointed to the Indiana Judges and Lawyers Assistance Program Committee by the Indiana Supreme Court, serving on the Committee from 2011-2014. Shelice was appointed to the Indiana State Board of Law Examiners in 2014. She has served with distinction as President of the James C. Kimbrough Minority Bar Association, and served as President of the Porter County Chapter of the American Inns of Court from 2014-2015. She is the 2015 President Elect of the Lake County Bar Association. Shelice has also served on the Board of Governors of the Indiana State Bar Association as a district representative, with active participation on the Diversity and Wellness Committees.

Shelice has been recognized in the business community by Building Indiana magazine as a 2012 Mover & Shaker of Northwest Indiana. She is a graduate of Leadership Northwest Indiana (LNI 31) and is now an associate alumnus of the program. Shelice was honored as the 2012 recipient of the Valparaiso University Black Law Students Association’s Alumni Award. Shelice is also an adjunct professor at Valparaiso University School of Law where she teaches Trial Practice.

Shelice continues her community efforts with her involvement as Chair of the United Negro College Fund Northwest Indiana Advisory Council. Shelice is an active member of the Gary Alumnae Chapter of Delta Sigma Theta Sorority, Inc., and serves on the Board of Directors for the Lake Area United Way. Shelice is on the Board of Directors of the Gary Literacy Coalition and has been involved with the scholarship committee of the Legacy Foundation since 2008.